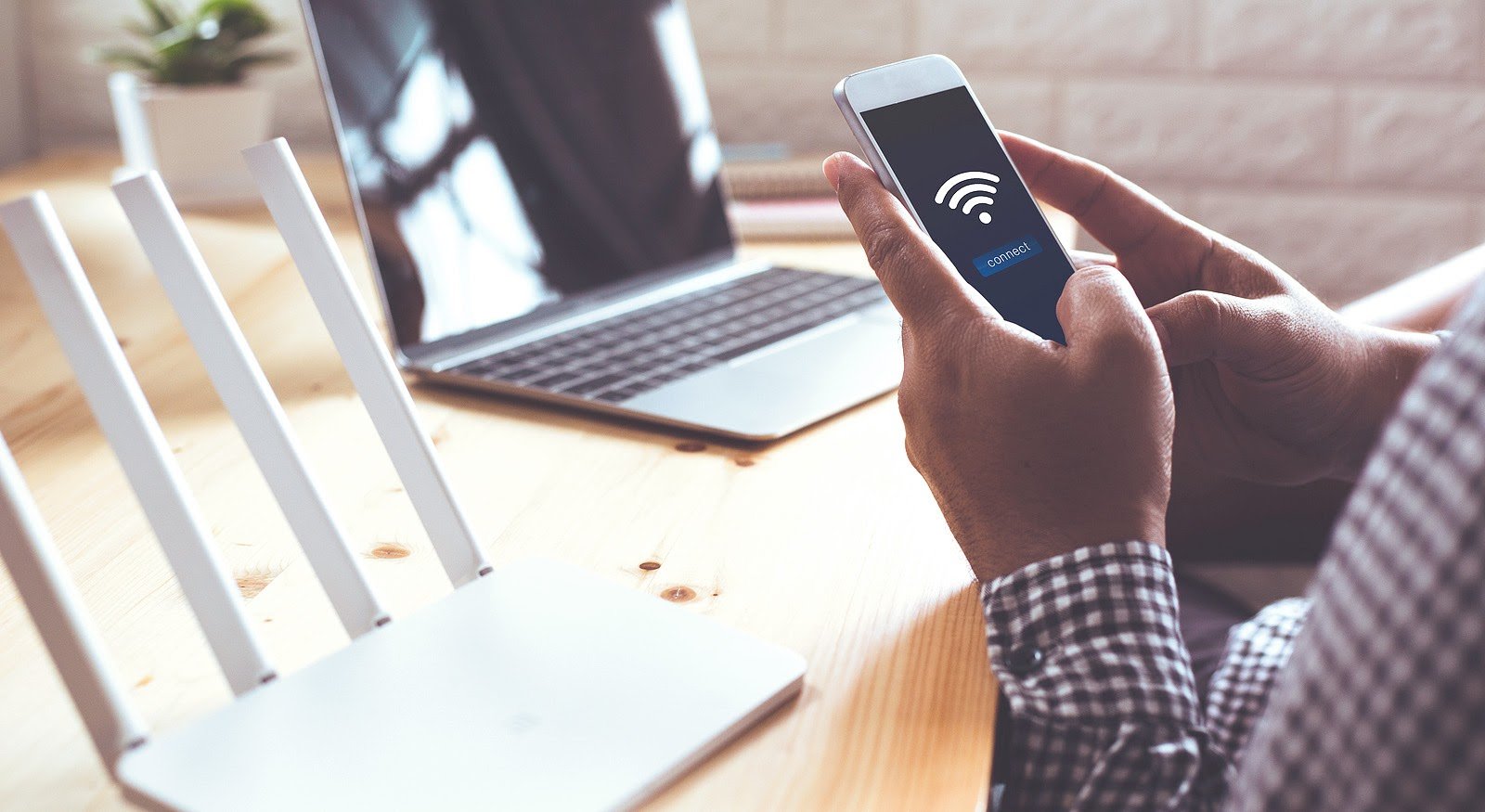 The history of WiFi technology 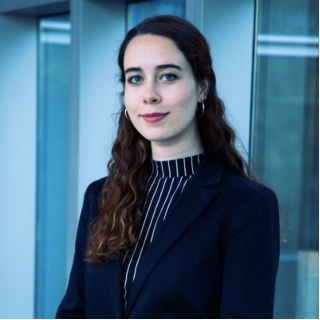 From its inception to where it is now, no one could have predicted the role WiFi would play in our societal growth. With simple radio frequency hops at its foundation, to the adjustments for multiple device connectivity, wireless technology is ever-essential for everything that keeps us going. In this blog article, we examine how WiFi has grown into the giant it is today. From the beginning to now, WiFi technology has adapted to the needs of the time.

Where it all started

Hedy Lemarr: the “Mother of WiFi” 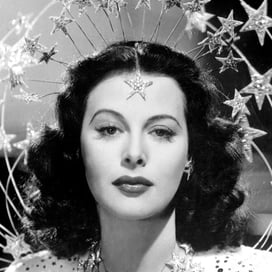 Famous actress and part-time inventor Hedy Lemarr pioneered the technology that would one day be the basis for today’s WiFi, GPS, and Bluetooth comms systems. Always curious about making machines better, Lemarr's early inventions were upgrading spotlights and developing a tablet that dissolved in water to make a soda similar to Coca-Cola. However, her biggest invention came during the time America entered WWII. Interested in assisting the war efforts, Lemarr wanted to develop military technology.

The technology involved “frequency hopping” amongst radio waves, like the ones used in microwaves at the time, with both transmitter and receiver hopping to new frequencies, allowing for torpedoes to find their intended targets with more precision.

She was awarded a patent in 1942, even though it ended up not being implemented by the Navy at the time. It wasn’t until 1997 that Lemarr and her associate were recognised by the public for their contribution to this new technology, as the ISM Band (created for the exclusive use of industrial, scientific, and medical radio frequencies) was widely being used- which we now know to be the 2.4GHz frequency.

The Rise of WiFi

In 1997, the first WiFi standard was developed by the Institute of Electrical and Electronics Engineers, from which the name IEEE 802.11 derives. This standard allowed for the transfer of data at 1Mbps.

1999: The emergence of WiFi Alliance

In 1999, the introduction of IEEE 802.11b (or WiFi 1) brought 11Mbps of speed and operated on the 2.4GHz bandwidth. This to us seems like a very slow speed, but at the time, there were no WiFi-enabled mobile devices and very few laptops, so this speed was sufficient.

As this new technology came to light, the Wi-Fi Alliance formed. They are a global non-profit industry association with around 800 member companies that research and develop WLAN technologies. Some of the companies that support this association include Apple, Cisco Systems, Intel, Microsoft, and others. They drive WiFi adoption and evolution globally with industry-wide collaboration, leadership in the industry, and advocacy to deliver to the WiFi users security, interoperability, and reliability. The goal of the WiFi Alliance was to enhance this original standard with higher data rates and faster speeds. 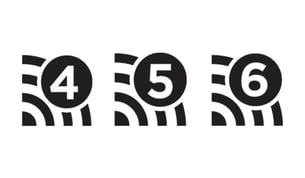 The WiFi Alliance came up with the name WiFi as a commercial brand and created the more simplified names that would later come (WiFi 4, WiFi 5 and WiFi 6 and so on) to allow the everyday user to familiarise themselves with the different WiFi standards.

1999: Steve Jobs runs a hula-hoop through a laptop

This was however until Steve Jobs presented the first-ever WiFi-enabled laptop, the iBook. That same year of 1999, Apple presented this new device, displaying how the power of wireless technology could now be used by anybody - anybody who could afford an iBook at the time of course (US$1,599 (equivalent to $2,484 in 2020)) - with an infamous action: moving a hula-hoop through the laptop to prove the true wireless nature of the device. Original video of that moment here:

2002: Technological improvements with each generation

By 2002, WiFi speeds were already up to 54Mbps on the 2.4GHz frequency band, with the introduction of 802.11a (WiFi 2) and 802.11g (WiFi 3). This was in response to the now growing introduction of WiFi-enabled laptops and mobile devices, for which more and more consumers were getting their hands on.

In 2009, WiFi 802.11n (or WiFi 4) was developed following the introduction of the Apple iPhone and other smartphones, allowing the possibility of connectivity for multiple devices without compromising speeds, and adding a new frequency band simultaneously  (2.4GHz and 5GHz) with speeds of up to 600Mbps* Theoretically up to 4 x 150Mbps per antenna!

Impact of smartphone generalisation and multiplication of devices per capita

The introduction of smartphones and multiple WiFi-enabled devices forced WiFi technology to make a huge leap, moving us into the modern era from the single-input single-output (SISO) radio to the multiple-input multiple-output (MIMO) radio.

By 2013, WiFi 802.11ac (or WiFi 5) made its debut. This was the first WiFi standard adapted for wireless dual connectivity which brought with it higher throughput and speeds up to 3.5Gbps* Theoretical. WiFi 802.11ac is the standard used by a majority of devices but slowly we are now moving towards WiFi 6, as major hardware suppliers are not selling WiFi 5 Access Points anymore.

802.11ax (or WiFi 6) was certified in 2019. This standard supports bandwidthsof 9.6 Gbps * Theoretical. This is a huge growth in speeds compared to the speeds we had only 10 years before (600Mbps). This is partly because technology has evolved rapidly and now, your average user has 5 wireless devices in use at all times. This creates environments with a very high density of bandwidth usage and slows down the network.

To combat this, WiFi 6 is more efficient in very dense environments, supports more IoT devices (Internet of Things, automated homes, etc) and in line with the global carbon footprint pledge, is less energy-consuming thanks to its use of Target Wake Time technology. These are APs with a much higher capacity than ever seen before.

It’s now 2022, and WiFi 6E (extended) has been incorporated into the market to facilitate new user requirements. WiFi 6E uses WiFi on the 6GHz band, adding a third band to the frequency options we are already familiar with (2.4 GHz and 5 GHz). With this third band, WiFi technology can reach astronomical speeds!

WiFi 6E allows compatible devices to take advantage of the new technology offered through this new frequency. As not all devices in the user's hands are equipped to work with this technology, it will take some time until it is used to its full potential. However, the technology WiFi 6E brings to the market has changed WiFi forever, creating a new space available for WiFi that is 3 times wider! 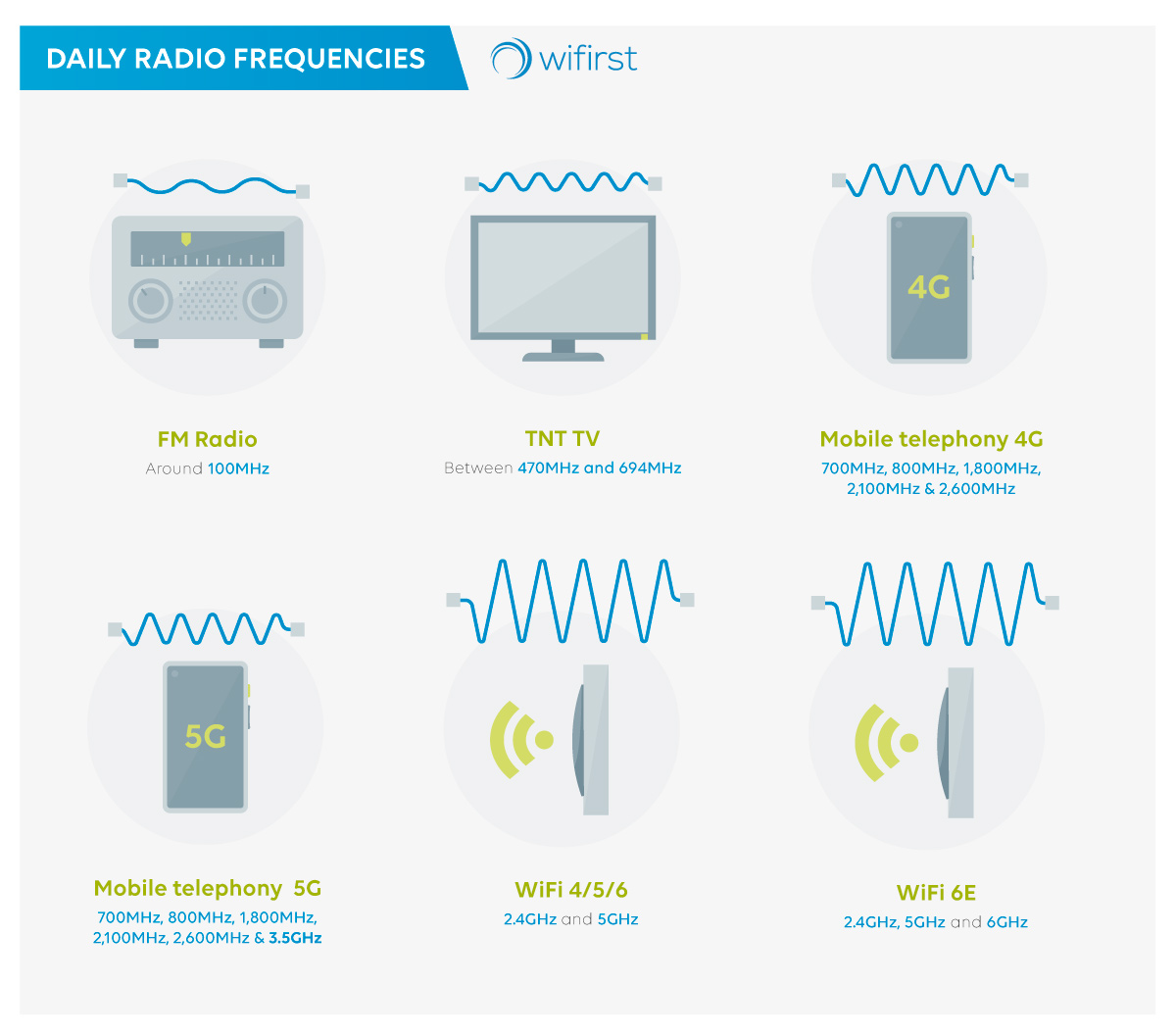 Not available yet but already a huge topic of discussion in the industry is WiFi 7. WiFi 7 could handle at least speeds of 30Gbps and potentially up to 40Gbps * theoretical. With the introduction of higher-quality streaming and video technology, the metaverse, VR, or robotics, WiFi 7 responds to these future innovations by allowing for wireless uncompressed 4K video streams for untethered VR and AR experiences.

Cloud gaming, social gaming, and Metaverse are additional applications that will test the boundaries of wireless technology and for which WiFi 7 will deliver ample performance. WiFi 7 is just a draft specification and it isn't expected to be certified by the IEEE until 2024...

What standard does your business need?

WiFi standards have been continuously adjusted to the evolution of wireless technology for the person, the home, and the business. Having the capability to get the user the most efficient and speedy access to the internet has never been so important.

However, not every business needs the latest WiFi standard technology to be efficient in their operations, but knowing what type of usage your guests, residents, or employees want can make the difference in your decision. At Wifirst, we are able to tailor to your needs and objectives in order to choose the WiFi standard best suited to your business. To do this, start a conversation with one of our representatives now.

Previous Story
← Which WiFi standard to choose?
Next Story
How to be digitally responsible? →

These Stories on IT Trends

How to be digitally responsible?