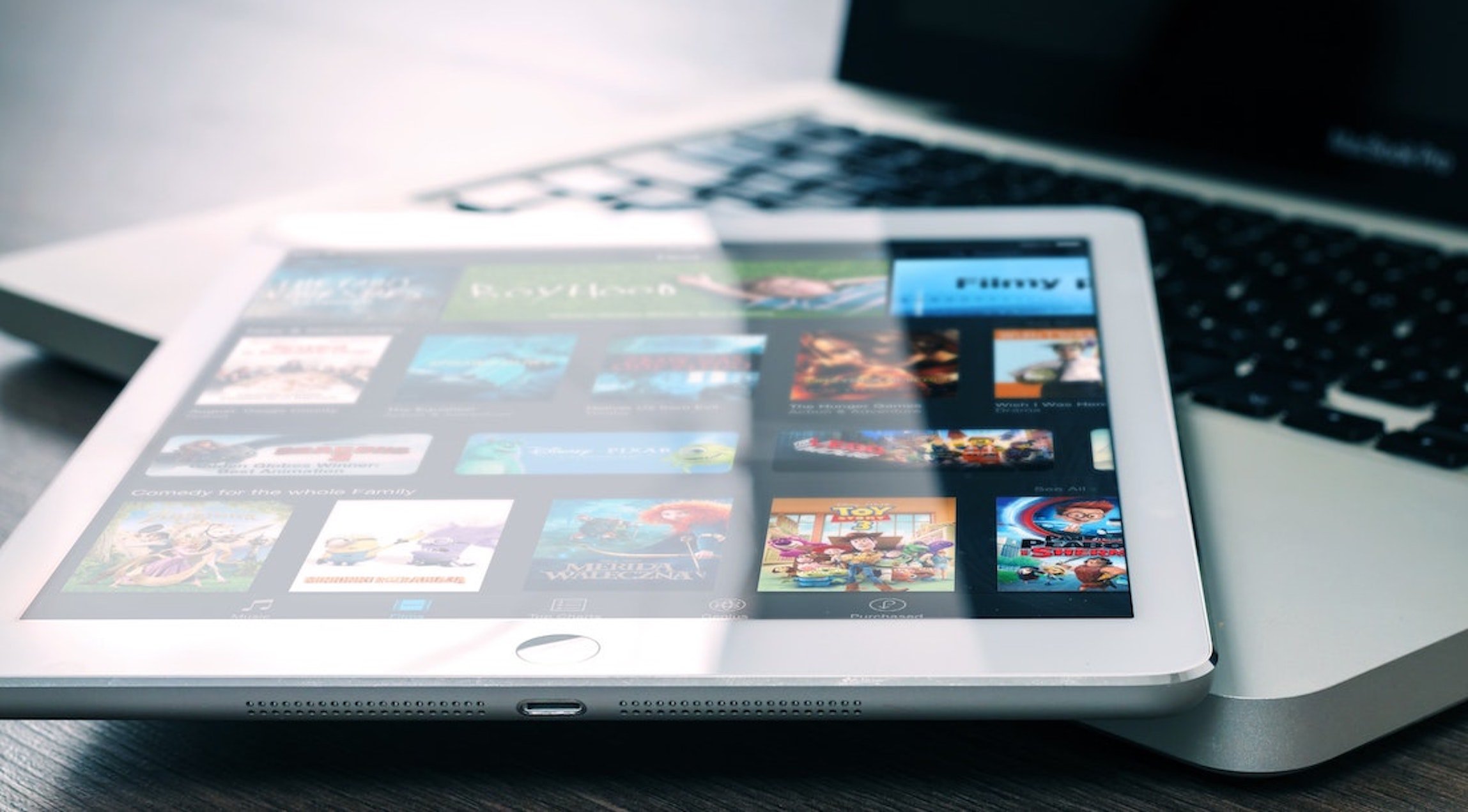 The Wifirst network is a real indicator of consumption 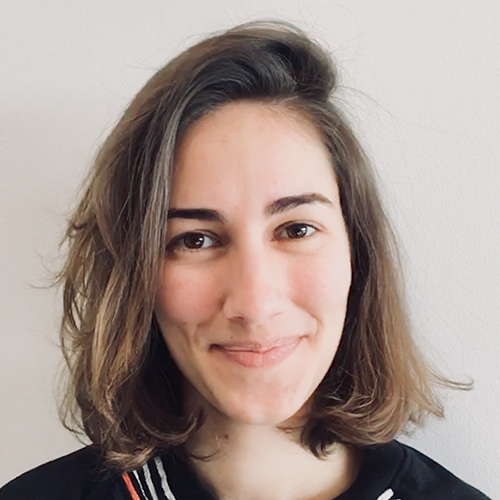 Netflix, Google, Instagram and Facebook, the four leading content providers, use more than half of the global bandwidth. The trend is increasing towards the concentration of traffic among a small number of players.

Before proceeding further, let's explain in a few sentences what bandwidth is for the less geeky. The term refers to the volume of data that can be transported from one point to another in a given period of time, usually one second. In other words, the above-mentioned content providers monopolise global internet traffic because of the data-intensive content (HD streaming) and the number of internet users who view it. Video streaming platforms are the most bandwidth-intensive, accounting for 58% of global traffic.

Netflix occupies a dominant and growing place in this distribution with 15% of global traffic, according to a report by the company Sandvine. The platform is just ahead of Youtube (Google), which consumes 11.35% of global traffic and leaves its other direct competitors far behind. Amazon Prime Video, a video-on-demand service that treads the same ground as Netflix, accounts for only 3.69% of global bandwidth. A monopoly that has made Netflix the leading video service in the United States, and the second in Europe, where Youtube still holds the top spot. But for how long? The latest statistics from our core network show that Netflix accounts for up to 24% of all traffic on the Wifirst network, followed closely by Youtube with 22% of traffic.

Developments compared to the beginning of 2018

Netflix's growth in one year has been astounding. Spring 2018 has been beneficial to the American giant: in 3 months, the brand has attracted 3 million additional unique visitors on the Internet (computer-mobile-tablet), to reach 9 million in May 2018, this evolution can be felt when we observe the evolution of traffic on the Wifirst network. According to the latest SVoD barometer published by Médiamétrie, 30% of Internet users have used a subscription-based pay video service over the past 12 months. This is 10 points more than in December 2017. The audience peaks over the year correspond to the release of new seasons of series produced by Netflix.

Distribution of data consumption on the Wifirst network 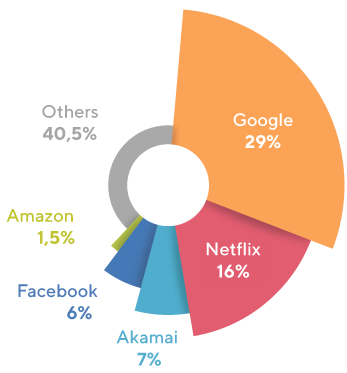 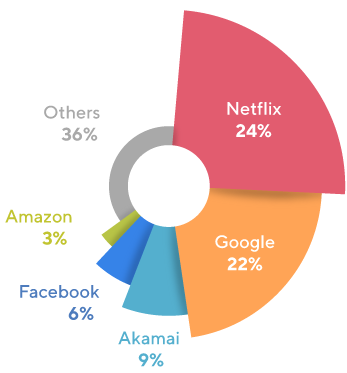 Who are Netflix users and how do they consume?

Students are at the forefront of Netflix's consumption since 15-24-year-olds are the platform's biggest consumers. Almost a third of them surf the Netflix site or application every month. The Mediametrie institute provides us with information on the profile of visitors to Netflix sites and apps.

They tend to over-consume audio and video content: more than average, they buy films and series on VoD, love Internet catch-up TV and video games; they regularly frequent cinemas regularly, are very active on social networks, have a subscription to listen to their music and regularly order dishes delivered to their homes!

Netflix at peak times, what our monitoring of consumption tells us

On weekdays, the analysis by time slot shows a peak of an audience on Netflix at 10 pm on the Wifirst network.

Evolution of Netflix consumption on the Wifirst network over a day

The democratisation of Netflix in the hotel industry, an expected change to demand!

While millennials are the first consumers of HD streaming, their elders are following the same trend. Business travellers and tourists are just as fond of Netflix even if their consumption seems more "reasoned".

In November 2018, we at Wifirst set a new record for data consumed across the entire Wifirst network: 20.41 PB (petabytes) or over 21 million GB. This monthly Wifirst traffic would correspond to watching more than 10 million episodes of HD series. It is likely that this figure will continue to increase, as traffic is evolving so rapidly that it is essential to scale our core network to be able to handle the traffic in optimal conditions for all our users today and in the months to come. The volume of data exchanged on the Wifirst network has increased 4.5 times in 5 years.

Traffic evolution on the Wifirst network between 2014 and 2018 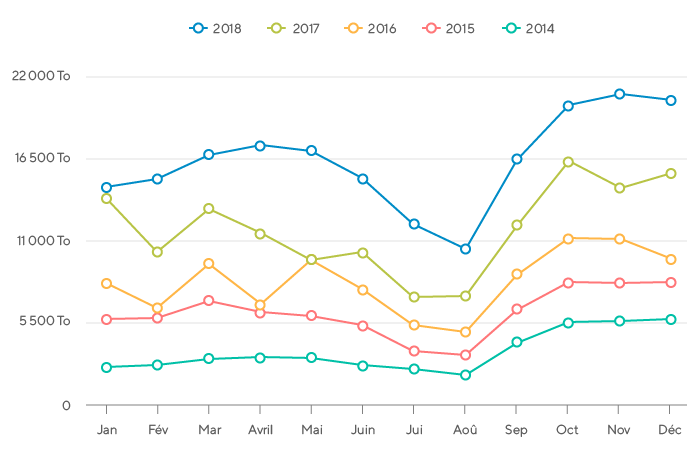 Wifirst and Netflix linking up directly

At a time when American operators (Verizon and Sprint among others) are rebelling against Netflix by limiting the content provider's throughput -because they believe the platform's videos take up too much of their network's bandwidth-, we at Wifirst are taking a different approach. The direct links between Wifirst and the web giants, including Netflix, guarantee optimal performance for the user connected to the Wifirst network. Indeed, our use of private peering agreements allows us to be directly interconnected to the Netflix network and not depend on a third-party intermediary for the flow of traffic. For example, if BT has a disagreement with Netflix, the Wifirst network will not be impacted at all! This is one of the major advantages of having your own core network.

Previous Story
← The fate of the Internet now linked to fibre
Next Story
PMS: an essential tool for hotel management →