The benefits of IP video surveillance 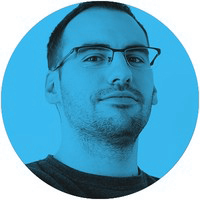 The control of theft and the security of people and installations have become essential in the management of places that receive public: tourist accommodation (hotels, campsites), sales outlets, agencies, etc. Theft, customer disputes, damage, nuisance and aggression can have a direct impact on the company's turnover. As you can imagine, fitting a surveillance system is certainly a prerequisite. Until now, analogue equipment has been the most common, but just as telephony has become more common with VoIP, the use of the computer network as a medium for video surveillance is becoming more and more common.

What is video surveillance?

Video surveillance is a system composed of several cameras that film the spaces of places open to the public (shops, hotels) as well as private (offices, warehouses). Surveillance is carried out continuously or within predefined schedules. The images can be consulted live but are also stored on a server for possible future viewing.

Now called “CCTV", video surveillance contributes to the safety of people and property. It also has a dissuasive effect when combined with appropriate signage.

From CCTV to IP video surveillance

Traditionally, video surveillance has been based on CCTV. It is still the most widely used technology in businesses, shops and even homes. Video surveillance is now moving towards IP networks to develop a wider range of functionalities, a transformation similar to telephony with VoIP.

In practice, each camera is connected to an IP network to communicate with a central server and broadcast the images.

The contribution of computer networks and the Internet simplifies the management of video surveillance infrastructures:

The move to IP also unlocks the potential of video surveillance in terms of functionality:

As part of the digital transformation of companies, IP technology is becoming the common denominator for many services: VoIP, IPTV, IP CCTV...

Already heavily used in companies, local networks and Internet access are now expected to be able to support all digital services. The need for performance and reliability is therefore crucial, particularly for video protection, which requires a significant amount of bandwidth.

Previous Story
← Wifirst contributes to Coliving Insights: Co-Tech: Innovating Coliving with Technology
Next Story
Why opt for a high availability network in your company ? →

7 essentials for a digital signage project